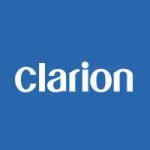 Last updated on November 24th, 2018 at 09:56 amClarion Hotel and Casino, formerly known as Debbie Reynolds’ Hollywood Hotel and Greek Isles Hotel & Casino, was near the Las Vegas Strip in Paradise, Nevada. The hotel originally opened in 1970 as a Royal Inn, and also operated under the names Royal Americana Hotel and The
Read More