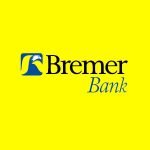 Last updated on August 10th, 2018 at 11:02 amOtto Bremer was born in Germany in 1867, son of a banker father. He immigrated to the US in 1886, with his brother Adolf. He was hired as a bookkeeper at the National German American Bank in St. Paul, Minnesota. During the next decades, he was promoted
Read More