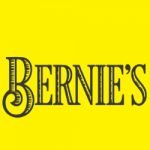 Last updated on June 29th, 2018 at 07:16 amBernie’s was a chain of American retail stores based in Enfield, Connecticut, operating locations throughout Connecticut, Massachusetts, and Rhode Island in the United States. At one time the company was owned by the now defunct Newmark and Lewis. The chain declared bankruptcy on January 14, 2010 and
Read More